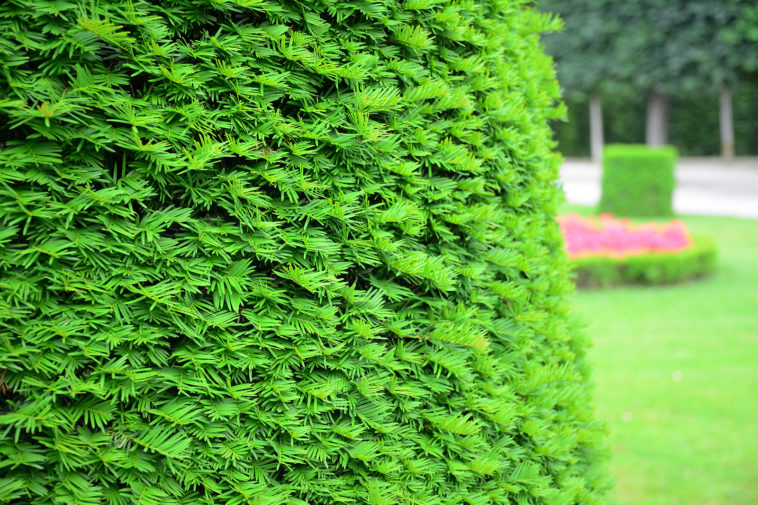 Once a hedge is established, regular pruning and maintenance must follow to keep the growth dense and healthy.

The frequency, timing, and degree of pruning depends on the style of the hedge and hedge plants chosen.

Hedges are usually described as formal or informal, depending on how they are pruned

Formal hedges are commonly sheared so that their sides are perfectly flat, and the top is either flat or rounded. Formal hedges look rigid and smooth. They serve as walls or fences in a landscape.

The aim of pruning a formal hedge is to establish and ensure dense growth and to produce a neat outline.

Prune a formal hedge at a slight angle with the base wider than the top. The angle or slope of the hedge permits an even distribution of sunlight from the top to the bottom; this reduces the loss of foliage at the base or bottom of the hedge due to lack of sunlight—sometimes called “shading out.” The exception is small hedges; they can have vertical sides because the top of a small hedge will not shade out the bottom.

The top of a formal hedge can be flat or gently rounded. A gently rounded head will be less vulnerable to wind damage as wind is deflected down its sloping sides. A rounded top will not accumulate snow the way a flat-topped hedge will; the weight of snow can damage or break branches.

Informal hedges are selectively pruned; that is wayward shoots or branches are trimmed away to maintain the general and natural outline of the plants in the hedge. The overall appearance of an informal hedge is softer than that of a formal hedge.

Flowering hedges should be pruned once a year immediately after blooming. That will give plants a year to set new buds for flowering the following bloom time.

Hedges comprised of plants with large leaves such as laurel and privets are usually that are used as walls or divisions within a garden are often termed semi-formal hedges. They look much like a formal hedge, but they are not sheared; they are selectively pruned to form. The leaves of plants in semi-formal hedges are so large that severe pruning might cause their cut edges to brown and leaving the hedge unsightly.

To prune a semi-formal hedge, cut individual shoots back to within the foliage canopy to disguise pruning wounds.

How to Grow a Hedge 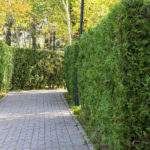 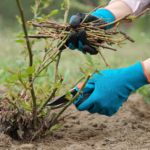 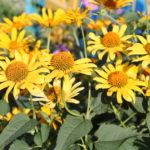 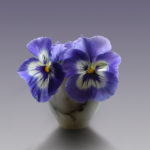