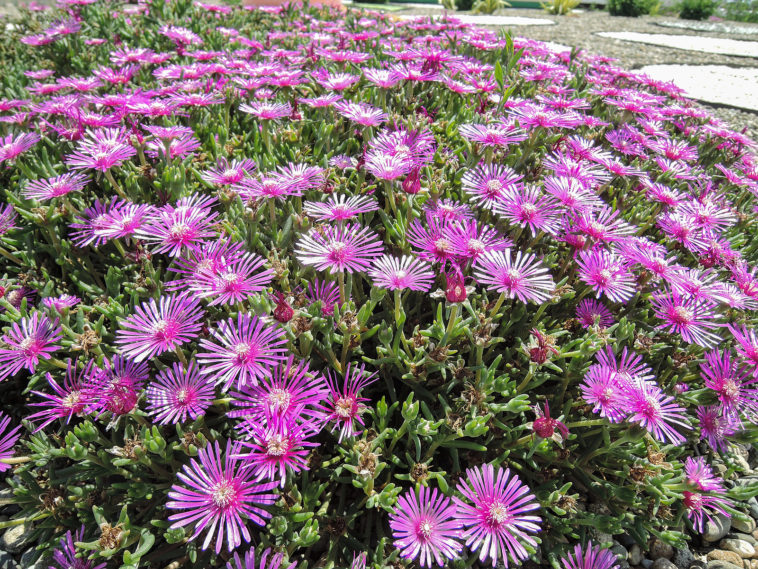 Ice plant is the name given to several colorful low growing plants often used as groundcovers—especially in mild winter regions, but also grown as houseplants in cold winter regions. These perennial plants are grown as summer-flowering annuals for window boxes and hanging baskets as well.

Ice plants are commonly succulent perennials, subshrubs, or annual. Almost all have daisy-like flowers although none are members of the daisy or Asteraceae family. Ice plants have petals surrounding a darker eye—each bloom is actually a single flower. True daisies bear heads that consist of many individual flowers.

Almost all ice plants are evergreen or semi-evergreen and mat-forming.

Nearly all ice plants once belonged to the genus Mesembrayanthemum, however, taxonomists in recent years have reclassified them into smaller groups.

All ice plants need full sun. They all will grow in poor, sandy to average soil, but they do demand soil that is well-drained.

Here are the plants most often grown and sold as “ice plants”:

Get to Know Ice Plant

Where to Plant Ice Plant

When to Plant Ice Plant

How to Water and Feed Ice Plant 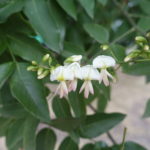